Grant Community High School is pleased to announce the selection of Mr. Steven Hill and Mr. Fred Loffredo to the Hall of Fame. 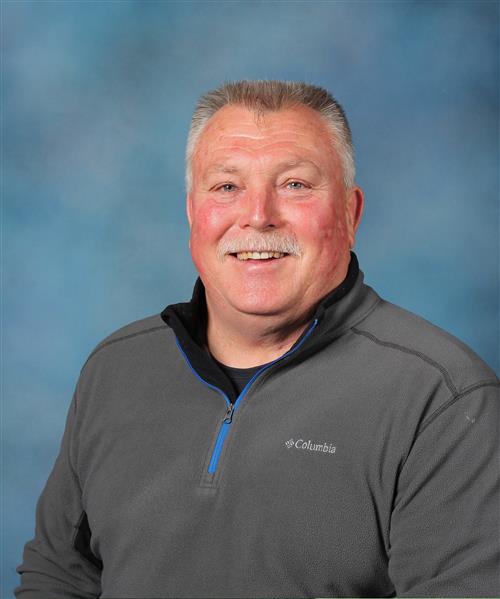 Steve Hill graduated from GCHS in the Class of 1972 and was the second-generation Grant graduate and his children are third-generation graduates.  During his years at Grant, he was a successful and well-rounded student participating in football earning All-County Honors, baseball, Chess Club, band, homecoming, G Club, Bark newspaper staff, prom planning, and Student Government Day.  He has had a 48-year career as a plumber and is also employed with the Chicago Bears Football organization.  Mr. Hill joined the Grant Community High School Board of Education in November of 1989.  He is a Site and Facility Committee member of the Board and has been instrumental in the GCHS additions and improvements you see today, including the Auditorium, Library, Art Wing, Science Wing, Field House, and Bulldog Athletic Complex.  As a Board member he has passed numerous curricula, policy, and employment decisions as well as served as our Illinois Association of School Board Alternate member and the Special Education District of Lake County Alternate member.  Mr. Hill was elected to the role of President of the School Board in May of 2007, which totals 13 years to date.  He has also served in a variety of volunteer roles in the local community.  The District and community are certainly fortunate to have Mr. Hill on the Board.  He has the longest tenure of any GCHS Board member, currently 31 years.

Fred Loffredo attended Tilden Technical High School in Chicago where he wrestled, placing 1st and 3rd in the city and 2nd in the State of Illinois in 1950 and 1951.  Fred also played football and was co-captain his senior year.  He then studied at the University of Northern Iowa where he was involved in wrestling, football, and track.  He entered the U.S. Marine Corps where he served as Captain and wing education officer for the 2nd Marine Air Wing in Cherry Point, North Carolina.  Here, he played football and was selected to an all-star team and wrestled where he finished 2nd in the All-Marine Corps tournament in 1956 & 57, and he was a regional qualifier in the 1956 Olympic trial in both Freestyle and Greco Roman wrestling. He also went on to coach football and wrestling for the U.S. Marine Corps.  He worked at U.S. Steel Corp. for two years before entering the teaching profession.  He worked at Grant as an Industrial Arts teacher and head varsity football coach and assistant wrestling coach for 10 years.  Fred acknowledged that the teachers and students, during his first 10 years at Grant High School, were very instrumental in his development as a teacher and coach.  Fred completed graduate work and took a position at Wauconda High School serving as a counselor, Director of Guidance, and head football coach.  Mr. Loffredo retired from teaching in 1990 and returned to Grant as an assistant varsity football and wrestling coach.  He has been an Illinois High School Association wrestling official, officiating major tournaments and Big Ten meets and was part of the Organization for Wrestling Officials and Coaches Association in Illinois. Mr. Loffredo was elected to the Illinois High School Football Coaches Association Hall of Fame, Illinois Wrestling Coaches and Officials Hall of Fame, and the Tilden Tech Alumni Hall of Fame.  He is involved in numerous community involvement organizations.  He is highly regarded as a coach, mentor, and friend.  Fred is more proud of his family, wife Rosalie, 4 children and 17 grandchildren, than any honors he may have received.

Mr. Hill and Mr. Loffredo are both exemplary individuals that have significantly contributed to our Bulldog community.  Due to the pandemic restrictions, and so that we may celebrate our Hall of Fame inductees properly, we will be postponing the Hall of Fame recognition activities to next fall.  The induction ceremony with reception, all-school pep assembly, varsity football game, and homecoming parade participation will be scheduled during the 2021/22 school year.